Longest-tenured Oiler signs on for another season in Green Country after serving as Alternate Captain in 2016-17. 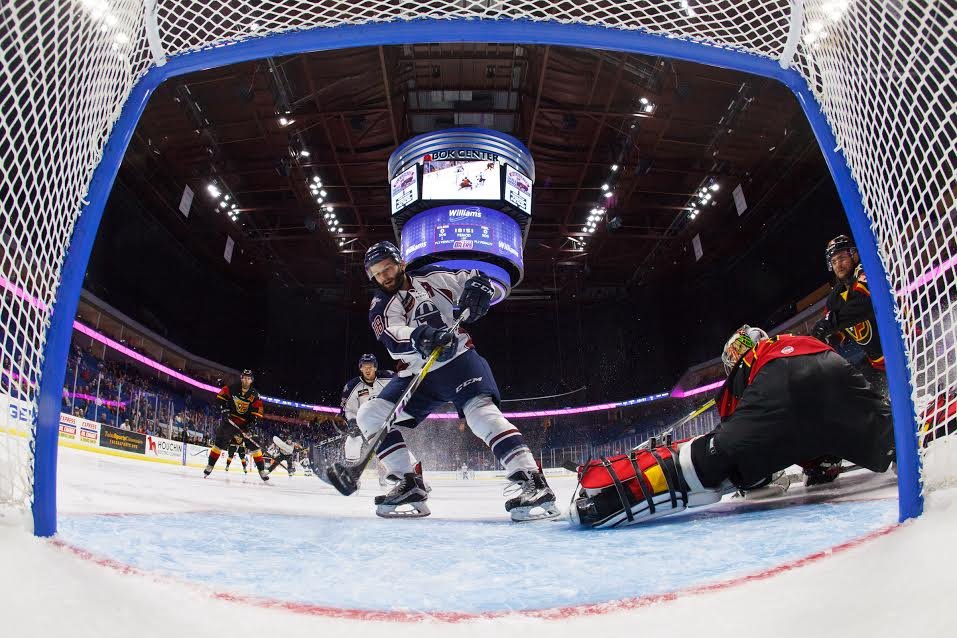 Pleskach, 29, is set to begin his fifth season in Green Country and is the longest-tenured Tulsa player. The Beausejour, MB native has played 255 of his 266 professional games in an Oilers jersey, including the most ECHL games in team history (194). Pleskach has totaled 204 points (111g, 93a) during his four seasons in Tulsa, including a career-high 71 points (41g, 30a) in the club’s inaugural ECHL season in 2014-15.

Last season, Pleskach recorded 26 points (13g, 13a) in 50 games for the Oilers and earned his first American Hockey League opportunity, when he suited up in one game for his hometown team, the Manitoba Moose.

After a four-year college career at American International College from 2009-2013, the 6’2, 209 lbs. forward appeared in 10 games for the ECHL’s Evansville IceMen at the end of the 2012-13 season, where he tallied one goal and seven assists.