Tulsa outshoots Alaska 38-23, but falls just short in the only game between the two Western Conference teams.

TULSA, OK – The Tulsa Oilers outshot the Alaska Aces 38-23 Wednesday in the first-ever meeting between the two Western Conference heavyweights, but fell 3-2 at the BOK Center. 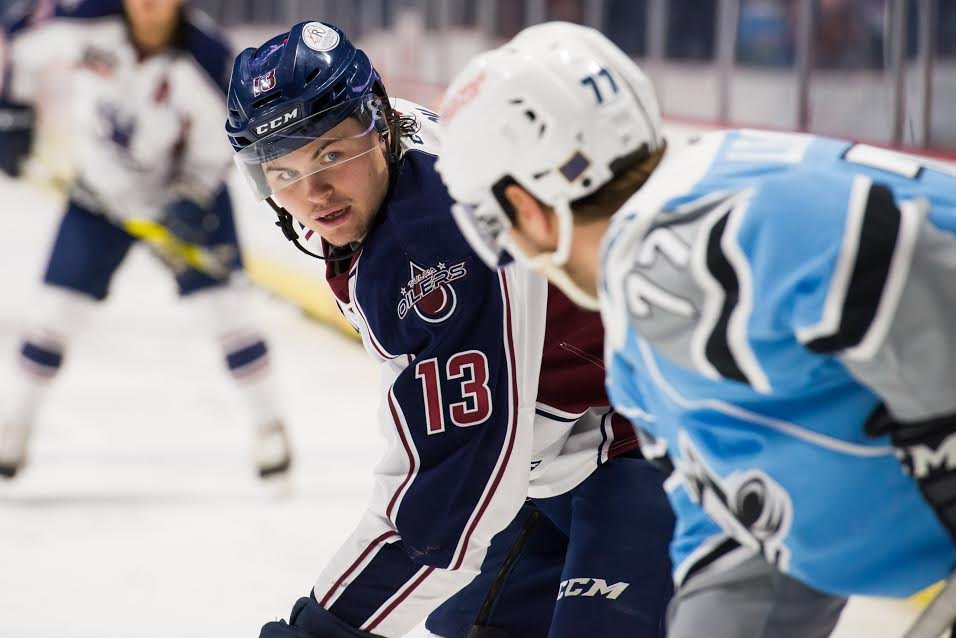 The teams skated through a scoreless first period, as Oilers goaltender Jamie Phillips stopped all 12 Aces shots, and Alaska goalie Kevin Carr turned away 11 Tulsa attempts. The Oilers had the only power play of the period, but were unsuccessful on that man-advantage.

Phil Brewer broke the scoreless tie 34 seconds into the middle frame when he tipped a Wes Cunningham shot past Carr. It was Brewer’s eighth point in his last eight games. Late in the period, a bad bounce off the corner boards led to Alaska’s tying goal. Peter Sivak batted in a bouncing puck in the slot past Phillips for his league-leading 21st goal to make it 1-1 after two.

Alaska took its first lead, when Justin Breton snuck behind the Oilers defense on a short-handed breakaway and slid the puck through Phillips’ legs on his backhand. But Tulsa had an answer 35 seconds later, when Danick Gauthier buried a rebound after a point shot from newcomer Samuel Noreau hit a skate in front of the net. The Aces scored 1:09 after that on an offensive zone faceoff win, when Marc-Andre Levesque’s shot made it through a screen from the point.

Phillips stopped 20 shots in just his fourth loss of the season, while Carr made 36 saves in the win. The two teams do not meet again this season.

The Oilers next host the Colorado Eagles Friday and Saturday at the BOK Center at 7:05pm both nights. Fans are encouraged to bring new blankets to donate to those in need Friday for the Unifirst Blanket Drive. Then Saturday, the first 1,000 kids under 12 into the BOK Center will receive a Youth Oilers Jersey, sponsored by York Plumbing. Gates open at 6:05pm, and the Oilers will wear special Ugly Christmas Sweater jerseys that night, which will be auctioned off after the game in the OneOK Club on the concourse level.