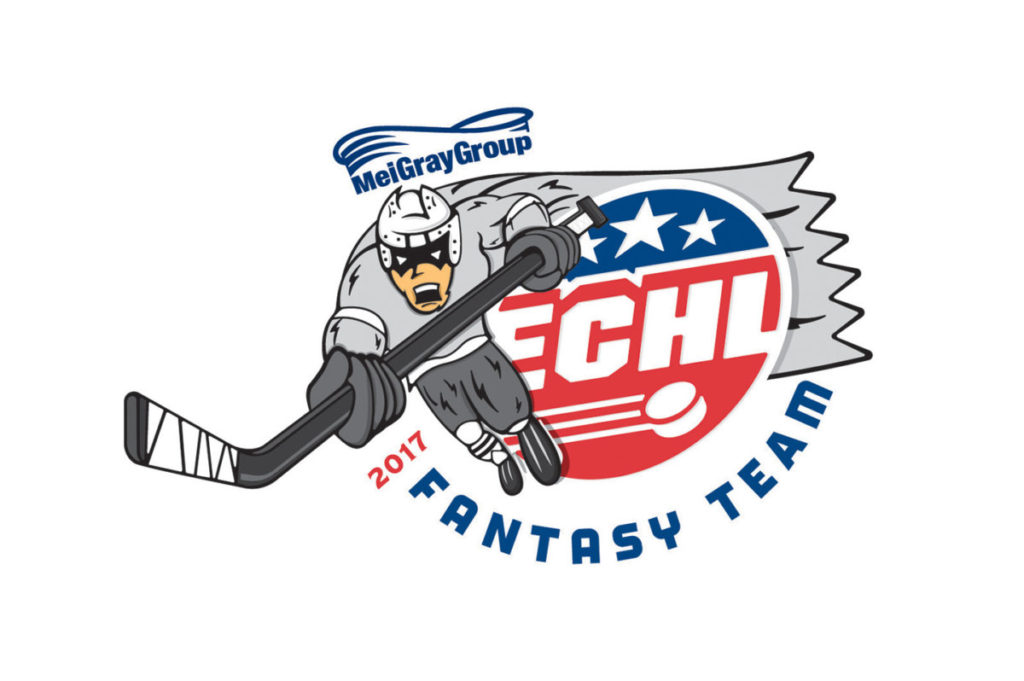 PRINCETON, N.J. – The ECHL, in conjunction with The MeiGray Group, announced on Thursday the opening of fan voting for the 2016-17 ECHL Fantasy Team.

The ECHL is giving fans the opportunity to vote for players to comprise the 2015-16 Fantasy Team, of which, one player from each Member Team will be selected to wear a special ECHL Fantasy Team jersey at an upcoming home game.

Voting is now open on ECHL.com. Each ECHL team has preselected three players to appear on their team’s ballot. Fans are limited to one ballot during the voting period, which runs until 11:59 p.m. ET on Monday, Dec. 12. Fans can vote for up to one player on each ECHL Member Team’s ballot. The winning player for each team will wear a team jersey with a 2017 ECHL Fantasy Team patch during an upcoming home game.

“The Meigray/ECHL partnership has brought our fans authentic game-worn jerseys for over a decade now,” said ECHL Director of Marketing and Licensing Todd Merton. “The ECHL is proud to partner with the MeiGray Group to once again provide our loyal fans the opportunity to own a one-of-a-kind jersey worn by their favorite player.”

“The reality is, the Fantasy Team votes are fun to be a part of,” said MeiGray President Barry Meisel. “And the jerseys get better and better.”

Fantasy Team jerseys will be available for bid starting in late February. A complete list of auction dates will be announced at a later date.

About The MeiGray Group

The leading distributor of game-worn hockey jerseys, The MeiGray Group has sold more than 7,000 ECHL game-worn jerseys since 2002-03.

The MeiGray Group, which has sold more than 50,000 game-worn jerseys since its inception in 1997, partners with USA Hockey and directs the NHL-MeiGray Game-Worn Jersey Authentication Program. MeiGray Group also partners with the National Basketball Association.

Began in 1988-89 with five teams in four states, the ECHL has grown into a coast-to-coast league with 27 teams in 21 states and one Canadian province for its 29th season in 2016-17. There have been 606 players who have started their career in the ECHL have gone on to play in the National Hockey League, including seven who have made their NHL debuts in the 2016-17 season. The ECHL has affiliations with 26 of the 30 NHL teams in 2016-17, marking the 20th consecutive season that the league had affiliations with at least 20 teams in the NHL. Further information on the ECHL is available on its website at ECHL.com.