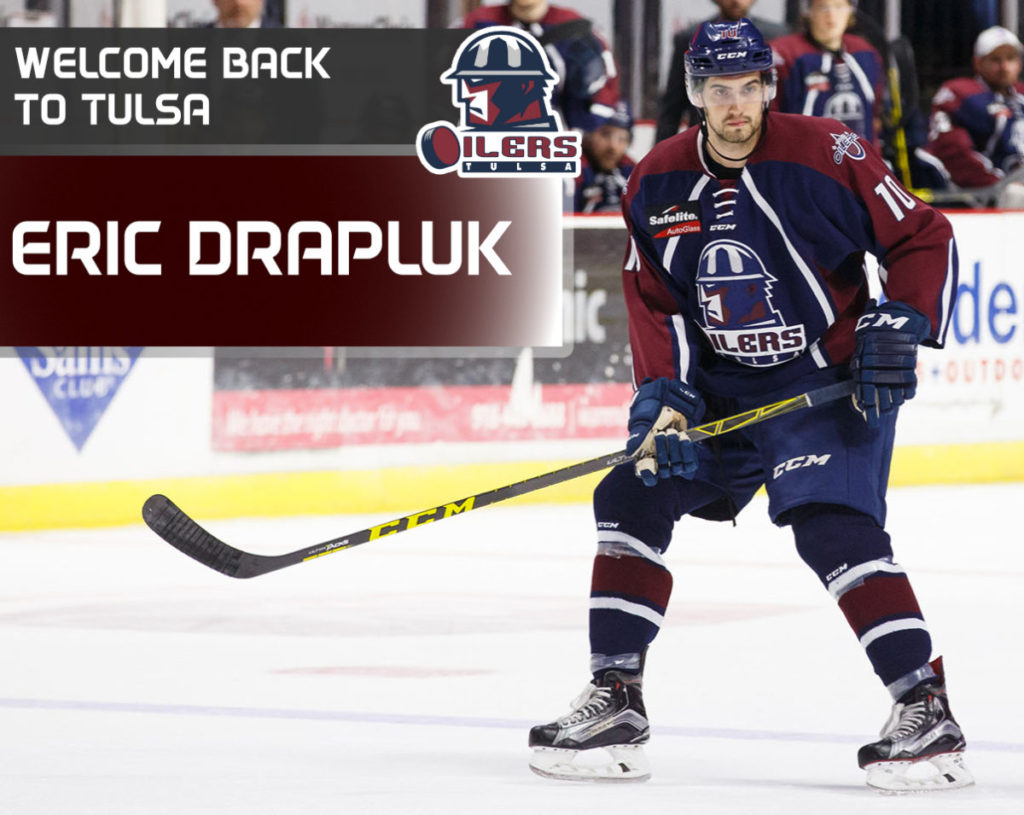 Connor Kucera announces retirement after one season in Tulsa

TULSA, OK – The Tulsa Oilers, proud ECHL affiliate of the NHL’s Winnipeg Jets and AHL’s Manitoba Moose, announced the signing of rookie defenseman Eric Drapluk on Monday, who returns to Tulsa to begin his first full professional season. The team also confirms the retirement of defenseman Connor Kucera, and wishes him well in his new career path.

Drapluk, 24, begins his first full pro season after joining the Oilers at the end of the 2015-16 season. The Pembroke Pines, FL native scored two goals in 14 games with Tulsa, after finishing his senior season at Lake Superior State University in March. He scored his first pro goal April 1 in a 5-3 loss at Quad City.

The 6’1, 190 lbs. defenseman spent two seasons of juniors with the Coulee Region Chill of the North American Hockey League (NAHL), where he was the team captain in 2011-12. Drapluk scored 13 goals and added 25 assists at LSSU, where he played in 134 games for the Lakers from 2012-16. He was named to the NCAA All-Academic Team his senior season in 2015-16.

Kucera, 25, announced his retirement to pursue a career away from hockey. The Twin Lakes, IN native skated in 52 games for the Oilers in 2015-16, his rookie season. He scored eight goals and contributed nine assists, earning the team’s Most Improved Player award at the end of the season.