TULSA, OK – The Tulsa Oilers (2-0-1) used a three-goal second period and withstood an Allen Americans (1-3-1) comeback effort to earn a 6-4 win Sunday at the BOK Center. 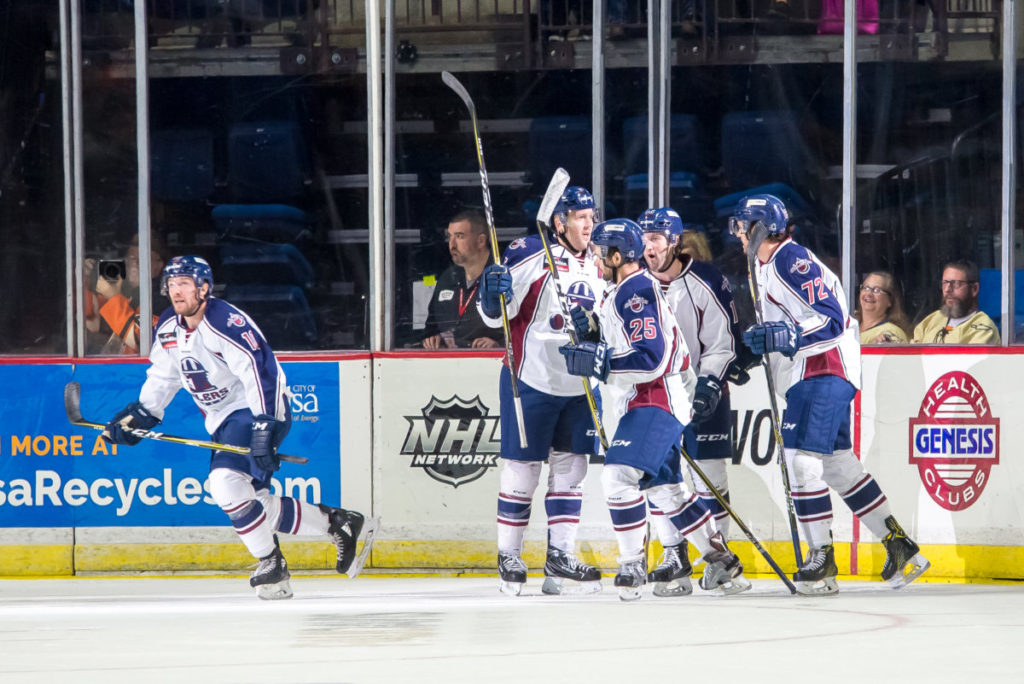 Tulsa jumped out to an early lead for the third straight game to start the season, when Charlie Sampair backhanded a shot past Allen goaltender Jeremy Brodeur just 3:57 into the first period. The Americans tied the score on an odd-man rush, when Braylon Shmyr feathered a shot past Oilers goalie Devin Williams.

The Oilers broke the game wide open in the second period, outshooting the Americans 22-6 in the frame and added three goals to their total. Alex Kromm put Tulsa ahead 2-1 with a backhander he lifted into the top of the net nearly eight minutes into the frame. Then Jared Thomas tipped a point shot past Brodeur 35 seconds later to give the Oilers a two-goal cushion. Scott Henegar completed the second period scoring when he scored with 14 seconds left to make it 4-1.

Spencer Asuchak scored 30 seconds into the third period to cut Tulsa’s lead in half, and Zach Pochiro fired home a power play goal to bring Allen to within one with 7:21 left in regulation. The Oilers used a short-handed empty net tally from Peter Sivak to push their lead to 5-3, but Allen scored later in that same power play with 23 seconds left to make it 5-4. Chris Francis sealed the victory with a second empty net goal with ten ticks of the clock remaining.

Williams stopped 28 of 32 shots to move to 2-0-0 on the season, while Brodeur suffered the loss in a 47-save performance.

The Oilers will next welcome in the Kansas City Mavericks Friday night for a 7:05pm tilt at the BOK Center. Tulsa then hosts the Wichita Thunder next Saturday at 7:05pm for the first installment of that rivalry this season.